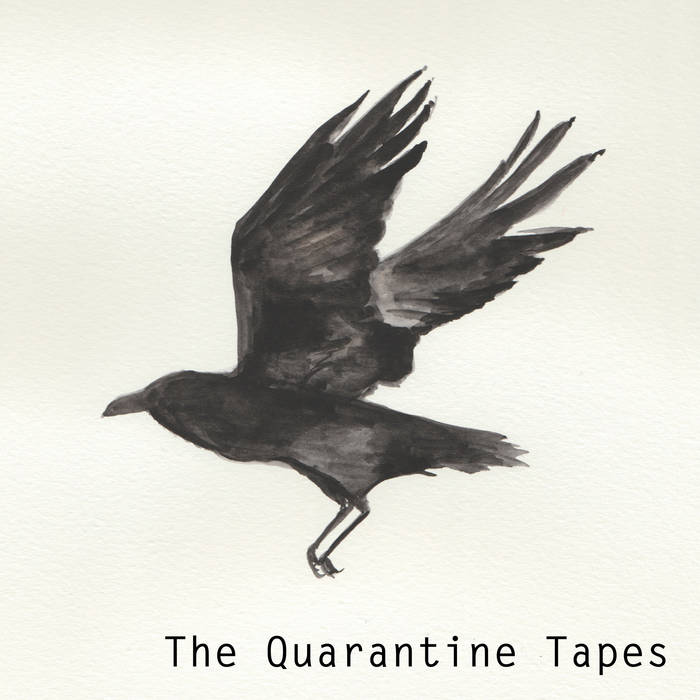 Six weeks later, that had become one of the weirdest and loneliest sets of circumstances I could have chosen. Two of the near-future stories I had planned to write were already obsolete. The year's theater projects were canceled. The chance to have an in-person workshop of the script in progress was gone, as were band gigs—and even rehearsals—for the foreseeable months. Even returning to Chicago had turned into a fraught, complicated prospect.

Music has been one of the few things I can still work on. Instruments and gear on hand: one guitar, one amateur-quality Casio keyboard, one microphone, one shaker, one foot tambourine, and one pair of tap shoes. All other sounds were created by feeding those things through digital effects or jerry-rigging instruments from stuff around the house (a dictionary, a tin can, and a cardboard box all make appearances). Nothing has been professionally mixed or mastered.

The residency is in a casita (an adobe tiny house) that, according to the foundation staff, is haunted. It is full of hints of motion, just at the edge of your vision, and odd noises. Some came from the magpies, ravens, crows, and mice that tended to congregate around the place. Some things were less easy to explain, like the lamp that re-illuminated just after I had turned it off. During a bout of insomnia, I saw the recording interface light up as though it was getting audio input, even though it was the middle of the night and the computer was asleep. Other times I heard murmurs and static from a USB cable that wasn't connected to power. So I assume there's some ghost noise in this recording somewhere. Most of the songs have to do with memory and death anyway: maybe I brought the ghosts with me.

This is rather a hodgepodge collection, including some ideas that surfaced a year ago but weren't right for any of the projects at hand then. Some of this music will go on the next Baguettes album (working title: Posthistoric). Some are just specific to now. Many are begging for Charlie's guitar, Julie's trumpet, Zach's touch at the kit, Thomas's way with a bassline. But who knows when or how that will happen?

All songs written and performed by Liz Bagby.

Indie rock + alt-country + post-punk = post-country. At least that's what we tell ourselves.

Bandcamp Daily  your guide to the world of Bandcamp

Cannibal Corpse's George "Corpsegrinder" Fisher stops by for an interview